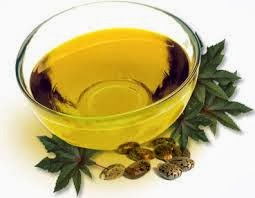 What is Castor Oil?  Castor oil has a long history of traditional medical use dating back to ancient Egypt. Castor oil is derived from the castor bean (Ricinus communes.)

What is a Castor Oil Pack?  A castor oil pack involves the use of cloth soaked in castor oil which is placed on the skin. It's used by some alternative practitioners to enhance circulation and to promote the healing of the tissues and organs underneath the skin.

How is a Castor Oil Pack Made?  Castor oil packs are made by soaking a piece of flannel in castor oil and placing it on the skin. The flannel is covered with a sheet of plastic, and then a hot water bottle is placed over the plastic to heat the pack.

A castor oil pack can be placed on the following body regions:

The right side of the abdomen. Castor oil packs are sometimes recommended by alternative practitioners as part of a liver detox program.

The abdomen to relieve constipation and other digestive disorders.

The lower abdomen in cases of menstrual irregularities and uterine and ovarian cysts.

Undyed wool or cotton flannel large enough to cover the affected area
Castor oil
Plastic wrap cut one to two inches larger than the flannel (can be cut from a plastic bag)
Hot water bottle
Container with lid
Old clothes and sheets. Castor oil will stain clothing and bedding.

1. Place the flannel in the container. Soak it in castor oil so that it is saturated, but not dripping.

2. Place the pack over the affected body part.

4. Place the hot water bottle over the pack. Leave it on for 45-60 minutes. Rest while the pack is in place.

5. After removing the pack, cleanse the area with a dilute solution of water and baking soda.


6. Store the pack in the covered container in the refrigerator. Each pack may be reused up to 25-30 times. 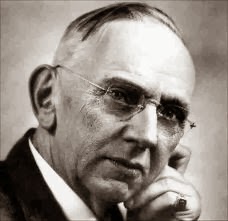 Edgar Cayce frequently suggested castor oil packs for a wide variety of conditions.  You can learn more about him at http://www.edgarcayce.org. 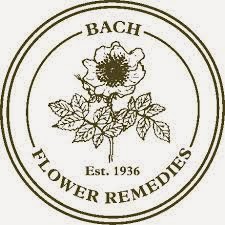 What are They?  Developed by Dr. Edward Bach in the early 1930's, these homeopathic remedies gently balance emotions that can give rise to physical and mental symptoms. Go to bachflower.com for more information.

My experience with them is that they can help take the edge off strong emotions or stress.

How to Use: Put 2 to 4 drops in a glass of water and sip throughout the day or take directly under the tongue.

Choosing the Essence: Read through the brief descriptions and check the ones that apply to you. You may use up to 6 at a time. Choose only the ones that seem most relevant for you at the time. There are many books on the subject that provide more information on these remedies.

Agrimony One who wears a cheerful, carefree mask to conceal troubles, rarely imposing their problems on others. Finds arguments distressing. May turns to alcohol, drugs, food or work to escape pain.

Aspen When vague fears suddenly and unexpectedly arise for no apparent reason. For apprehension.

Beech If the habits, idiosyncrasies, or differences of others are annoying. If critical of others and unable to see past their faults. For intolerance.

Centaury For difficulty' saying no. If you often deny yourself for the sake of others. Always tries to please others. Easily exploited.

Cerato For lack of confidence in making decisions. If you turn to others for input and are often misguided.

Cherry Plum For the fear of impulsively doing something known to be wrong. Feeling out of control. For some compulsions and obsessions.

Chestnut Bud For one who repeatedly makes the same mistakes, and never learns from the past. If you repeat destructive patterns of behavior and/or relationships.

Chicory If you need to be over-involved in the lives of others, constantly wanting loved ones nearby. Possessive.

Clematis For one who withdraws into a fantasy world to escape present unhappiness. Feeling dreamy, drowsy and preoccupied. Enjoys sleep.

Crab Apple For poor self-image. If ashamed of physical condition and/or appearance. For feelings of shame and uncleanness. For cleansing.

Elm If feeling overwhelmed and burdened by responsibilities. If feeling down because a task seems too difficult and not within anyone's power to complete.

Gentian If easily discouraged by small problems that cause you to hesitate, doubt yourself and feel depressed. If you tend to make "mountains out of molehills." Pessimist.

Gorse When feeling hopeless and in despair. Giving up - believing nothing can be done.

Heather Need to constantly talk about oneself with anyone who will listen. Often unhappy when alone for any period of time. Uninterested in what others have to say.

Holly For hatred, jealousy, or envy that stems from a strong need and desire for more love. Suffering within - often with no real cause for this unhappiness.

Honeysuckle For one who dwells too much on past happiness, lost loved ones or ambitions that never came to pass and never expects to be happy again.

Hornbeam If one doubts that they have the strength, mentally or physically, to carry on normal daily activities, yet they always manage to get things done. For fatigue and tiredness often due to boredom. 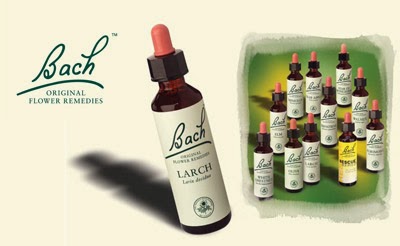 Impatiens For quick decision makers impatient and irritable when dealing with those slower than themselves. Prefer working alone at their own pace.

Larch If you lack confidence in yourself or your abilities. For feelings that you cannot do as well as others. If expectations of failure leads to insufficient attempts to succeed.


Mimulus When fearful of something found in everyday life. For example, fear of the dark, public speaking, heights, growing old and being alone, etc. Phobias.


Mustard For feelings of gloom or despair that come and go with no known reason. Feeling overshadowed by a dark cloud.

Oak For "fighters" who never give up despite illness or hardship. Even in the face of a lost cause. Strong "plodders" whom others depend on.

Olive For feelings of mental and physical exhaustion, as a result of suffering under adverse conditions such as an illness or ordeal. Everything seems an effort. Vitality is drained. Nothing brings enjoyment.

Pine For feelings of guilt. For those who blame themselves for the mistakes of others. If never content with one's efforts or the results. Often perfectionists.

Red Chestnut Excessive worry about the well being of others. Constantly anticipating the worst will happen to them.

Rock Rose When feeling very frightened or terrified. Effective in the event of an accident, emergency, or sudden illness.

Rock Water For those who are too hard on themselves. Following a way of life or religion strictly, denying oneself life's pleasures to set an example for others.

Scleranthus If making up your mind is difficult and you are unable to decide between two things. For mood swings. For the feeling of being "out of balance."

Star of Bethlehem For the trauma experienced during or after receiving serious or sad news, loss of a loved one, or fright following an accident. For refusing to be consoled. For traumas of the past. Grief.

Sweet Chestnut If you feel like you've reached the limits of your endurance. Great mental despair when anguish seems to be unbearable.

Vervain If you feel a burning need to convince and convert others to your ideas. When over enthusiasm sabotages efforts, hindering rather than helping.

Vine For the confident, capable, self-assured that are often thought to be demanding and domineering. Born leaders.

Walnut Useful for those experiencing periods of transition and adjustments to new beginnings. Assists in adapting to new environments and situations such as divorce, new job, or move. Can protect you from other peoples' negativity, peer pressure or the strong influence of another.

Water Violet For those who are independent, capable, and self-reliant. Loners, who often appear aloof. Others find them remote, unapproachable and difficult to befriend. 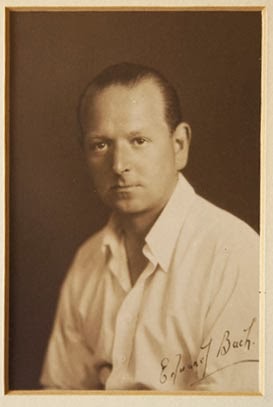 White Chestnut If experiencing unwanted recurring thoughts and mental arguments that play continuously in your mind like a broken record and often causes sleeplessness.

Wild Oat For those feeling frustrated because of the feeling that they need to do something with their lives but they have no certain direction. "Lost souls" who have yet to find their niche in life.

Wild Rose If resigned to drift through life, making no effort to improve your situation or find joy. "Stuck in a rut". Quietly accepting what life has in store.

Willow For those suffering from adversity or misfortune which is felt to be unjust. Resentful, self-pitying and often bitter.

Rescue Remedy A combination of 5 of the essences: Impatiens, Star of Bethlehem, cherry Plum, Rock Rose and Clematis. It is useful for general stress, emergencies and first aid. Also available in topical
cream, lozenges and a spray bottle.

Disclaimer: The above information is for educational purposes only. It is not a substitute for conventional medical advice or treatment. Consult your doctor.
Posted by Michael Vahila, LAC, LMT at 4:25 PM